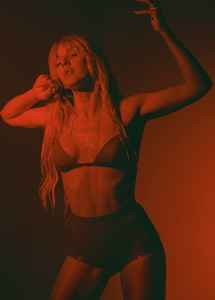 In 2010 she became the second artist to both top the BBC's annual Sound of... poll and win the Critics' Choice Award at the Brit Awards in the same year, following Adele's win of both in 2008. After signing to Polydor Records in 2009, she released her first EP in 2009, An Introduction to Ellie Goulding.

Goulding released her debut studio album, Lights, in 2010. The album debuted at number one on the UK Albums Chart and has sold over 850,000 copies in the UK. Her cover of Elton John's "Your Song" reached number two in the UK in December 2010. On 29 April 2011 she performed the song at the wedding reception of Prince William and Kate Middleton at Buckingham Palace. The album's title track, "Lights", was released in the US in March 2011, and reached its peak position of number two on the Billboard Hot 100 nearly a year and a half later during its thirty-third week charting, completing one of the longest ever climbs into the top two positions on the chart. The single was also certified triple platinum by the RIAA.

Lights is an amazing album! Starry Eyed, Under The Sheets and Guns And Horses especially are quality tracks. Unfortunately, Ellie Goulding went downhill after that, to appeal to the bad "mainstream" tastes of nowadays. The fact that the awful "Burn" was actually her first number 1 says a lot about how bad "mainstream" music tastes are. I've heard even more recent material from her that is rap / hip-hop (I don't care to check the name) because that's "the thing" at the moment apparently... Whatever, Ellie Goulding will always be "Lights" for me!

October 14, 2017
Halcyon is one of my favorite albums. The blends of folk pop and EDM/Drum&Bass is haunting and infectious, paired with Ellie's ethereal vocals and voilà you have a pop masterpiece. Lights/Bright Lights and Delirium are also fantastic albums that display her versatility as an artist.

Prefer the purity of her live simple stripped down raw vocals to the tainted commercial shit she does but I still like it :( :) !

Shame her time is now !

When people cared about music I'm sure an ambient or trance masterpiece would have gone done !!

After the shite 50 shades of bullcrap

no longer an artist in my ears.