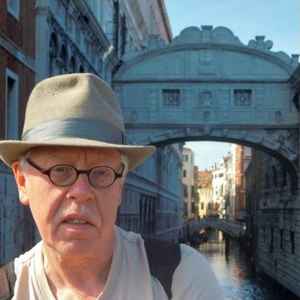 Profile:
Bernard Kleikamp has been a key person in the folkrevival of The Netherlands since the mid-1970s. He is an ethnomusicologist/businessman, who studied drama, and ethnomusicology at the University of Amsterdam and Tibetan Studies at Leiden University. He has organised the Leiden Folkfestival for 16 years (1975-1990, was one of the founders of the Dutch folkmagazine Janviool (1976), and was director of music festivals ‘Brass Worldwide’ and ‘Festmed’ in the 1990s. His continuing interest in musical traditions has resulted in a life-long quest to the origins and roots of music, of which almost every footstep has been documented by an LP, CD or DVD.
He is president/owner of PAN Records (3) since the mid-1980s and has run Paradox Concerts (a concert agency for ethnic music) from 1978 until 2003. In 2013, after a 10-year sabbatical he was back into promoting artists.
Variations:
Viewing All | Bernard Kleikamp
Dr J.H.B. Kleikamp, Dr. J.H.B. Kleikamp