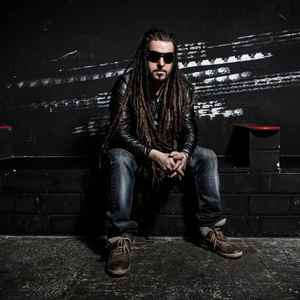 Real Name:
Frank Zenker
Profile:
Dreadlocked Scot Project is a successful German DJ/producer on the harder edge of the trance genre with a plethora of remixes and hit productions under his name.

January 7, 2014
One of the best hard-trance/hardstyle producers ever! What a collection of great tracks he made in his typical Scot Project style,
i love it!
Reply Notify me 1 Helpful

December 4, 2003
Scot Project sucked me in from the moment I heard the killer loops of his remix of Elastique Culture - U. That song made me seek out every one of his tracks. His hard sound turned me on to this genre of music and I believe he is one of the top in his genre.
Reply Notify me Helpful

October 8, 2003
DJ Scot Project has really taken people by storm, and almost every trance forums i go to, their only talking about him, but to me, every time DJ Scot makes a new song, it sounds like the last one he released, yes maybe he launched the hardtrance scene, but he never invent new ways to make hardtrance, every time i hear a track and dosent know its DJ Scot, its only takes secunds, before i know its him, always a very destroyed voice that sounds like its recorded with a cheap microfon, and added some robotic filter, and he always uses hours to build up the chorus with extremly laud drum noises, and when its finally about to start there comes a little secound of silence, with sometimes a voice that says whatever it says, and Then it starts. Also hes songs and remixes are much like the same, for me "Thunder In Paradise" and "Future Is Now" is the exect same track just with another melodi, no offence but I just think that DJ Scot Project is kind of monotonous, maybe thats why hes famous.
Reply  See 1 reply Notify me 1 Helpful

September 16, 2003
DJ Scot Project is the definitive hard trance producer of our time. His alternative composistions, emotive content and shear driving force, makes his music an inspiration to electronic music producers and fans. The best part about Frank, after having a chance to meet him and spend some time chatting, is that he just a normal guy who loves and makes electronic music.
Reply Notify me Helpful

July 21, 2003
Scot Projects mixing is atrocious. Your lucky to hear him mix for longer than 10 seconds and all he does is kill the bass entirely before bringing in the next tune, what kind of mixing is that? As for the structuring of his sets, theyre just as bad. That Gods set for example, if it's the one at Gods 5th Birthday in Newcastle that ur on about he plays Arome - Hands Up then Banging Globe and a couple of tracks later he's playing a remix of Madagascar by Art Of Trance, yeah thats really building up the crowd! He doesnt have a clue on how to structure a set and your totally blind to it just because its this excellent producer behind the decks, playing his own tunes. Judge Jules can also mix miles better than Scot Project, you need some lessons on mixing my friend. I think Scot Projects productions are awesome, but his DJ'ing skills leave a lot to be desired. Try listening to his mate Yoji Biomehanika or Eddie Halliwell for a lesson on how to spin.
Reply  See 2 replies Notify me Helpful

April 29, 2003
Scot Project is one of the true gods of the music biz. I have had the luck to see him once live and he blew the whole club away. This guy really works his but off to create an experience other than just a regular set of songs.
If I ever reached half of the status he has i would be a very happy man!
Reply Notify me Helpful

March 26, 2003
if you had heard scot project playing at godskitchen at the arena in newcastle you would have been in awe at his skills, not just mixing but the way he built the croud up and up until the kick off of his final tune leaving tall paul an impossible job to keep the atmosphere alive.

other djs that night included fergie who was amaizing but to his best, judge jules who was his usual self, crap and lisa lashes who rocked the insomniacs turntables to oblivion but ive got to say scot was god!
Reply Notify me Helpful

October 31, 2002
I love anything that DJ Scot Project releases, and would like to say that he has a special talent for creating and definately remixing. I think his best remixes to name a few are Hennes & Cold - The Second Trip (DJ Scot Project Remix) and Elastique Culture - U (DJ Scot Project Remix), please check them out. Also check out DJ Deff for breaks and jungle. Peace
Reply Notify me Helpful