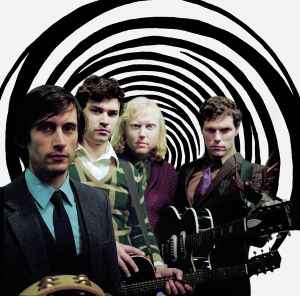 Profile:
The Caesars are a Swedish alternative rock band. All releases up to 2002 were released under their original name Caesars Palace, except for a few US releases that were released as The Twelve Caesars. From 2003 onwards, they changed name to Caesars. Older material re-released after this date was rebranded using the new name.
Outside of Sweden, they may be best known for the song "Jerk It Out", which appears in an Apple iPod advertisement, as well as the Electronic Arts video games SSX 3 and FIFA Football 2004, aka FIFA Soccer 2004 and also on the PS2 game LMA Manager 2005. The song is featured on their 39 Minutes of Bliss (In An Otherwise Meaningless World), Paper Tigers, and Love For The Streets albums. They have won Swedish Grammy Awards for Best Album and Best New Artist.