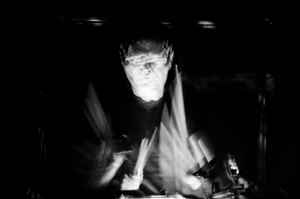 Profile:
Drummer and percussionist Jon Mueller was a founding member of the groups Pele, Collections of Colonies of Bees, and Volcano Choir, and has also worked with artists such as Rhys Chatham, James Plotkin, Marcus Schmickler, Bhob Rainey, Asmus Tietchens, Lionel Marchetti, Z’EV, Jason Kahn, Jack Wright, and many others.

As a solo artist, he focuses on the dialog between sound and the situation it’s presented in, often bypassing standard approaches to percussion and considering acoustics and concepts surrounding the work in order to create a larger experience for those listening.