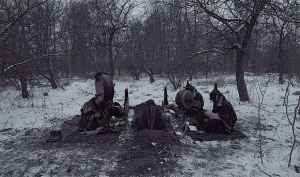 Alexei Tegin, a founding member and leader of the group, started exploring and experimenting with traditional and ritual music in the middle of the 1990s, at a legendary Cardinal Art Factory (Фабрика Кардинального искусства) in Moscow, led by Vladimir Epifantsev, controversial actor, director and propagator of trash-culture. Of crucial importance was his introduction to the spiritual tradition of Bon and Dzogchen and his meeting with singing masters of Gyumay and Gyuto tantric colleges.

Phurpa was formed in 2003, and the project is named after Phurpa Drugse Chempa (phur pa 'brug gsas chem pa), one of the five tutelary deities of the Father Tantra in Bon tradition (this unique deity has a lower part of his body shaped in a form of phurpa, or kīla, three-edged peg/knife, widely used in tantric Buddhist rituals).

The trademark style of the band is based on a special type of tantric overtone singing/chanting, called gyukye (rgyud skad), from Tibetan words 'rgyud' (tantra) and 'skad' (sound of the voice). This singing is based on the principle of practitioner's transmogrification during chanting meditation. This technique is achieved through an extensive training, including both meditation and physical, breathing and vocal exercises. Special training includes standing on your head while rehearsing (in the inverted position, lungs and vocal cords works more efficiently) and also drinking black tea with chili pepper and cream – hot pepper is irritating your vocal cords, so they are swelling up a little, while cream (or any other kind of grease or oil) acts as a lubricant.