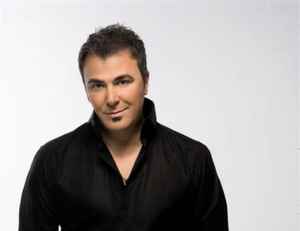 Real Name:
Αντώνης Πασχαλίδης (Antonis Paschalidis)
Profile:
Greek singer born in Düsseldorf, West Germany, in June 19th 1970.
He lived there until he was 10 and then his family moved back to their hometown, Thessaloniki, Greece, where he finished school.
During his childhood he got involved with music and learned to play the guitar and the drums.

He started his career at the age of 17, singing at a small tavern in Thessaloniki. His first big live performance took place in 1992, when he appeared in the 31st Thessaloniki song festival. After many appearances in Thessaloniki, in 1995 Antonis Remos had his first live appearance in Athens. He performed live next to famous artists, such as Dimitris Mitropanos, Stefanos Korkolis and Marios Tokas. This same year he signed his first contract with Sony Music Greece, planning to release his first album. The first album, “Antonis Remos” which was released in 1996, became platinum in a few months.
In 1997 he gains recognition in his live performances in “Handres” and “Diogenis Palace”
In April 1998, his second album, “Kairos Na Pame Parakato” ("Time to Move On") was released. For the first time, some of the most-prestigious Greek composers had given their songs to Antonis Remos, and for a second time in a row, the album gained platinum status.