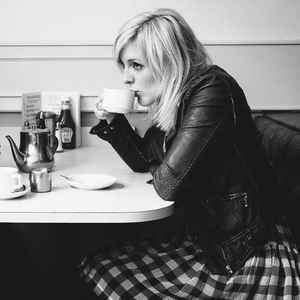 Profile:
Hayley Hutchinson (born 1981 in Northumberland) is an English solo folk/acoustic rock singer & Freelance Illustrator from the Yorkshire Wolds. She also co-fronts The Sorry Kisses with Nine Black Alps frontman Sam Forrest.
She is the daughter of John Hutchinson, who played with David Bowie in the 1960s and in the 1970s as one of the 'Spiders From Mars'. She grew up in Scotland and moved to York in her teens. Hayley's musical career began at school, when her band won York's first inter-schools battle of the bands contest, when she was 14. She was a member of the short-lived band Freeb, before going solo in 2000
Sites:
Bandcamp, desertminemusic.greedbag.com
In Groups:
The Sorry Kisses