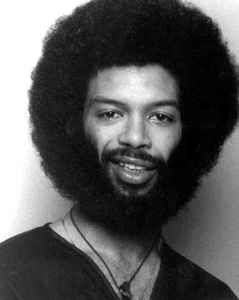 He was such a talent who unfortunately did not heed his own songs about the dangers of drugs such as 'Angel Dust'. . It's a damn shame as I saw him so many times in the late 70's & 80's as live he was electric and politically astute. A man with so much talent and wisdom who went missing for 20 years and when he reappeared the world had moved on.

December 18, 2016
I only discovered Gil upon the release of his last album.i was blown away,but more recently I picked up the album 'nothing new' on vinyl which had a DVD called 'who is Gil Scott-Heron?' I must have watched this film 50 times or more,it's so inspiring....
'if you could help someone,why wouldn't you'
Why indeed.in these troubled times I feel the tide is turning to embrace this mantra,or at least I hope it is.
Reply  See 1 reply Notify me 4 Helpful

October 31, 2015
I have managed to gather all of Gil - Scott Heron's work. Cd's, Vinyl, and tapes. Minus a few of the compiled work, I wasn't interested in buying the same tracks over and over. But, I can say yes I do own all of his work. Excelled, without praising this man taught us all how to make a difference. There were many others of this message, caliber, skill, and, concentration. Gil - Scott Heron is by far a leading vessel in musicianship. A pure Scholar, one of my very first impressions of Jazz music was through his Funk and Soul.
Reply Notify me 9 Helpful

May 28, 2011
Yet another one of our soul brothers gone! R.I.P you will be missed.
Keep The faith.
notthat

Gil Scott-Heron is a poet come musical artist come political activist come founding father of socially conscious Hip Hop. His music encompassess Soul, Jazz, Blues, R N'B.... His lyrical vision is incredibly powerful and poignant. The guy does not get the plaudits or the column inches as the Marvin Gaye's, Stevie Wonders, Al Greens, Curtis Mayfields or Aretha Franklins - all great legendary artists but his phenomenal musical legacy is equally up there with all these names I have mentioned. His most famous song 'The Bottle' rocked clubs such as The Paradise Garage and The Loft back in the day and continues to light up discerning dancefloors today. Check any of his albums from the 70s right thru to the mid-late 80s and you will find some of the greatest pieces of radical Black music of the last century. LEGEND - & THE ULTIMATE RESPECT IS DUE.