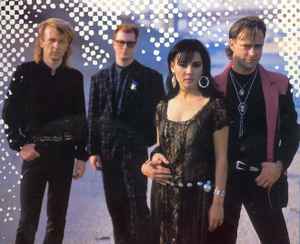 Profile:
US Pop/Rock band, mostly popular in the 1980's, particularly in Europe. The band was founded in 1982 by singer/songwriter Peter Kingsbery. Originally with 4 members, Molino III and Wright left before the release of the band's second album in 1987. Kingsbery and LaCazio stayed on as a duo for a third album in 1989 but split up in 1990 after their Europe tour. After a 16-year hiatus, Kingsbery and LaCazio reformed Cock Robin in 2006 and released 2 more albums before LaCazio decided to leave in 2015 and relocate to the US. Cock Robin nowadays is fronted by Peter Kingsbery with Coralie Vuillemin as vocalist during live shows. A new album was released in March 2016 with additional vocals by Agathe Cagin and Julie Wingins. Drummers Marc Jacquemin and Didier Strub also complete the band line-up for live shows. A 5-track EP was released in April 2017 with 2 new original tracks (one instrumental), 2 covers from Peter Kingsbery's solo albums and 1 cover from Cock Robin's first album, with new arrangements and vocals by Kingsbery and Vuillemin. In September 2021, Cock Robin, consisting now of Kingsbery, Vuillemin and Strub, released a new 14-track album called "Homo Alien".

August 22, 2022
Great band, quirky name. Severely underrated in the USA...The debut album is one of the best pop albums of the 80's IMO.