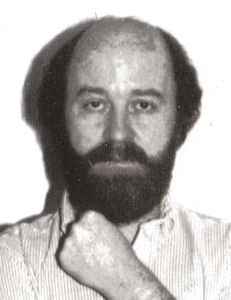 Initially in 1967 he performed in Ireland as a vocalist for various Rock ‘n Roll bands.
In 1974 he moved to Toronto, Canada.
Performs acoustic traditional and contemporary music and in 1977 he formed Foggy Duo with Canadian multi-instrumentalist, Don Garbutt.
He has performed across venues in Canada, the United States, and in Europe. He has shared the stage at festivals with such performers as Eric Bogle, Andy Irvine, Dougie Maclean, Battlefield Band and Mary Black.
In 1987, he performed at the Roskilde fest in Denmark with Van Morrison, Paul Brady and Moving Hearts. Other festival appearances include the Glasgow festival, Skagen fest in Denmark and Canada’s largest fest, Mariposa.
In the U.S., he has played in pubs and clubs in such cities as Buffalo, Chicago, Atlanta, Phoenix, San Diego and Washington, D.C. At various times he has performed live on PBS radio, including the Cleveland Poetry project, and live from Standing Rock U. (Kent State).
He has also performed throughout Holland, Denmark and the U.K. for twenty years.
Sites:
billcraig.com
In Groups:
Foggy Duo
Variations:
Viewing All | Bill Craig (2)
Bill, Craig