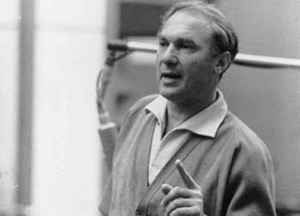 Real Name:
Norman Granz
Profile:
Influential American jazz label founder, impresario and producer.
Born August 6, 1918, in Los Angeles, California, USA, of Ukrainian-Jewish ancestry, died November 22, 2001, in Geneva, Switzerland, aged 83.
Granz was a fundamental figure in American jazz music, especially of the 1950s and 1960s. In 1946, he established Clef Records, and in 1953, Norgran Records, which he ran alongside the smaller brand Down Home Records. In 1956, he fused his label activities into Verve Records, which he sold to MGM in 1960. In 1973, he established his fifth and last label, Pablo Records. With the releases on these labels, Granz has supervised the recordings of a significant number of jazz classics.