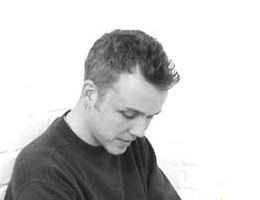 I remember reading an interview with Red Jerry at the turn of the millennium. In it, he stated that Hooj's change of direction - from consistent purveyors of timeless anthems to boring tech house - was fuelled by Ronnie Randall's lacklustre review of CM's 'Dream Universe' in an edition of DJ Mag. Randall stated that 'it's a nice enough journey, but one that's been done many times before'.

By way of consequence, in order to inaugurate this 'new direction', the label immediately started pumping off stuff by the likes of DJ Gogo (whose debut EP featured a mind-numbingly yawntastic rework of 'Cry' by Sam Mollison), Midway and Silvio Ecomo.

In parallel, Hooj was still, for a time at least, putting out legendary bangers from Salt Tank, The Light, Katcha and Solar Stone. But, with the advent of Lost Language, the label's focus changed entirely to minimalistic techy stuff. Leaving a lot of us wondering 'What the hell happened?' Hooj was, after all, the imprint that gave us the hip house bounce of Antic and Artemesia; the screeching diva frenzy that was Escrima; Space Kittens' ultra- hardbag 'Storm'; ten million mixes of Energy 52; the Klubbheads'-produced Greenfield and, of course, JX.

Don't get me wrong. After the change - marked by an alteration in the sleeves - there were still moments of magic. 'Escape (Driving to Heaven)' by 16B and Legend of the Talking Dog's 'My Shadow Dances' being pretty seminal.

It's still difficult to reconcile RJ's volte face with the storming, characteristic hardbag remixes he put out by the dozen, between '93 and '97: Felix, Pizzaman, Sleazesisters, Our Tribe, Ariel, ad infinitum.
See 1 reply

December 28, 2017
His remixes around '94-'95 are absolute classics. He managed to put his own very unique spin on Trance, to the point where you would know it was his remix without even checking the label.

Somewhat rooted in mid 90's Progressive House (deep, rolling basslines with classy melodic touches), everything he touched turned to gold. The amount of already legendary material that he remixed is staggering, and a testament to his undoubted taste.

...not to mention his stellar work with the ambient Euphoria series, or indeed his keen ear as label owner of the outstanding Hooj Choons.

Maybe he has retired. Hell, given the amount he has given to the scene he can retire very content indeed.
See 1 reply

February 10, 2016
A remix legend. A producing legend. A musical legend. Bring back Jerry, where ever he is now!

January 26, 2015
I miss Red Jerry terribly. I was a huge fan of his chilled beats. I remember discovering Deep and Chilled Euphoria, and had one of the best times of my life with my best male and female friend on a lake, with nobody else around, drinking champagne, looking at the stars, listening to Deep and Chilled Euphoria in the middle of the night. It was magical, and that is still my favorite album of all time
See 1 reply

December 29, 2013
Nu Progressive Era double CD is THE best mix from the turn of the century. I played that over and over again and it's still sounds fresh and heavy today.