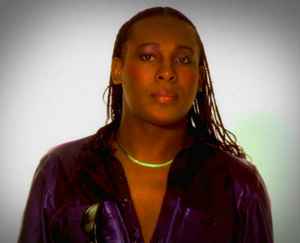 April 26, 2021
"Everything was always fabulous in Sylvester Land." I read that somewhere or made it up.
Either way it shows on his records.

June 21, 2020
His first couple of lps are up on here,one was on the Blue Thumb label, please update ur info.
See 2 replies

This man deserves so much respect.. as a fighter for gay rights, violated mostly by religious indoctrination, he made some great records. This world is a bit darker without colorfull people like Sylvester.

As I sit here watching a light-hearted TV disco-mentary on BBC Four, "Queens Of Disco", narrated by the ever present yet certainly appropriate comedian Graham Norton, I think a word or two of praise is due.

Having a falsetto voice that even female band members of various outfits, including Martha Wash & Izora Armstead --the two future members of Two Tons Of Fun-- were always singing below, Sylvester really had an extremely powerful sound very few others have come close to; and certainly no contemporary male singers!

Starting out in the San Francisco alternative experimental group of queer theatrical artists, The Cockettes, his talents soon found favour above and beyond that of a simple muck-around drag-act becoming much more acknowledged as a serious artist with a serious talent to go along with it. Or at least as serious as his colourful character could be expected.

Soon signing to Fantasy records, the rest really is music history, as the various hits and flops ensued throughout his career.

At the end finding himself on the Warner Bros label for his "Mutual Attraction" album, and even with the Levan-mixed single "Someone Like You", couldn't capitalise on it due to being diagnosed with AIDS. This changed his focus onto raising awareness about and fighting prejudice against people with the disease, until his death in 1988.

All through this time Sylvester always fought against and rose above the prejudices often attempted to be forced upon him as a gay man in an industry where conformity tried to stifle creativity and individuality.