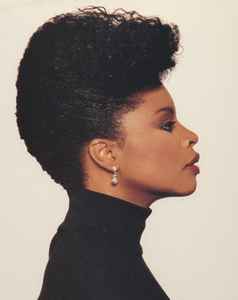 In the early 1960s, she co-founded Patti LaBelle And The Bluebells, which in 1971 was renamed as LaBelle. She began a solo career in 1978 and released three albums in the disco period and one more in the late 1980s. In the early 1980s, Dash recorded a couple of Hi NRG singles produced by Patrick Cowley, and duetted with Nile Rodgers on the track "My Love Song For You" (1983).

In 1988, she duetted with Patti LaBelle on the track "You're All I Need". In the same year, Keith Richards invited Dash to tour with his solo project Keith Richards And The X-Pensive Winos which led to appearances on several of his solo albums. She provided backing vocals on The Rolling Stones' album Steel Wheels (1989), and recorded the track "Don't Make Me Wait" with Ray, Goodman & Brown (1989).

In 1990, she released a dance single produced by John "Jellybean" Benitez. She developed and toured her own one-woman show, Dash of Diva, in the early 1990s. She reunited with Labelle in 1995 to record the dance single Turn It Out, and again in 2008 for the album Back To Now.
Sites:
MySpace, Wikipedia, Facebook, sarahdash.net, imdb.com
In Groups:
Keith Richards And The X-Pensive Winos, LaBelle, Patti LaBelle And The Bluebells, The Del Capris
Variations:
Viewing All | Sarah Dash
La Belle (Sarah), S. Dash, Sara, Sara Dash, Sarah