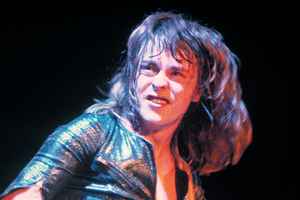 Real Name:
Richard Dean Zehringer
Profile:
American guitarist Rick Derringer was born on August 5, 1947 in Fort Recovery, Ohio. In 1965, his band The McCoys had the number one single in the US with "Hang On Sloopy." Derringer later played and recorded with Johnny and Edgar Winter's bands and Steely Dan, though he is probably best known for his 1974 solo hit "Rock 'N Roll Hoochie Koo."

In the 1980s and early 90s, Derringer worked with numerous artists, particularly "Weird Al" Yankovic and Cyndi Lauper, both as a musician and producer. Today, he continues to perform and record with a variety of artists in many genres.