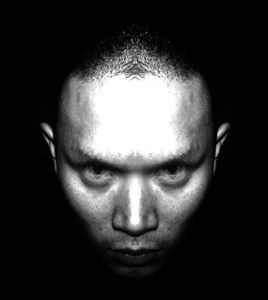 Exploiting all electronic boundaries, Stefan ZMK travels the world to promote his mindbending, uplifting, sonic stories. Expect sets without compromise, that will send shivers through any rave die-hard. Stefan ZMK is a true guru in sound and a man of 100% dedication to alternative electronic music. A swift ninja, who always delivers a highly skilled trip to the Core of the Underground.

A notorious DJ, collector and producer since 1998, he has played a major role in the dutch Free Party scene with his crew: ZMK soundsystem. Their unique blend of tekno, hardtek and hardcore instantly spread across Europe, through their vinyl label and various sublabels.
From 2010 Stefan ZMK started to release his tracks on various labels like Obs.Cur, Peur Bleue, Mackitek, Hangar, Hit ’n Run, etc. With tracks like Summoned, Predator and Surrender, he has made a firm mark on the rising acidtekno and acidcore scene. Those sought-after records are a fresh combination of acidic, mental and industrial sounds, with the fierce impact of tekno and hardcore. His unique sound and insane cross-genre mixing skills has taken him all over Europe, even playing loads of major events like Dominator, Q-base, Totemystik, Retro Acid, DefQon, Lost Theory, Bangface, PRSPCT XL, Winter Conspiracy, X-live, Foorcore, etc.

Over the years, he has gained the reputation for smoothly switching between contrasting styles, using obscure elements, turntablism, custom remixes and the freshest beats available. And with over 20 years of experience, he is considered to be, one of the most booked dutch DJs of the free-party movement.
Sites:
SoundCloud, Facebook, YouTube, cult-collective.com, web.archive.org, Bandcamp
In Groups:
ZMK Soundsystem
Variations:
Viewing All | Stefan ZMK
StefanZMK