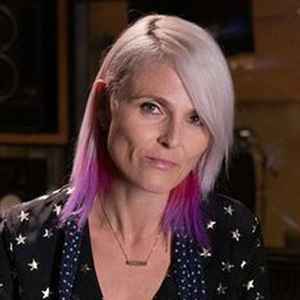 Real Name:
Ayalah Deborah Bentovim
Profile:
As one of the founding members of Faithless, Sister Bliss (born 30 December 1970 in London, England, UK) AKA Ayalah Bentovim became one of Britain's most popular figures in the electronica scene. She is a DJ, composer, and also founder of the label Junk Dog Records. Following the end of Faithless, she and Maxi Jazz have continued to perform live as Faithless Sound System.

Sister Bliss started learning the piano at the age of five, eventually moving on to violin, saxophone, and the bass. She started DJing in 1987 - one of the few female house DJs in Britain at the time. She appeared at many popular clubs in the country, including Cream, the Gallery, and the Ministry of Sound, and began to play internationally as well. She began to make her own demos, and by the time she had met fellow DJ Rollo, she was already quite the featured attraction in the techno scene. The two began to write and record together while she continued her solo career. The singles "Life's A Bitch" and "Badman" were both huge club hits, and her collaborations with Rollo eventually came out under the Faithless name.
After touring behind the first album "Reverence", Sister Bliss released the popular "Sister Sister" single and began work on her first solo album. Faithless also recorded again, releasing the "Back to Mine" mix at the start of 2001 and the original album "Outrospective" in the summer.
Sites:
thesisterbliss.com, Facebook, instagram.com, mixcloud.com, MySpace, SoundCloud, Twitter, Wikipedia, YouTube, web.archive.org
Aliases:
Ayalah Bentovim, Miss Bliss
Variations:
Viewing All | Sister Bliss
B. Sister, Bliss, Blissy, S. Bliss, S.Bliss, SB, Sister, Sister - Bliss, Sister / Buss, Sister Bliss(oooh!), Sister Blizz, Sister, Bliss, Sisters, Sistertronic, The Beautiful Bliss