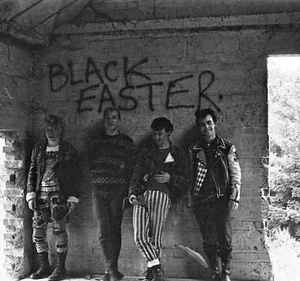 Formed in early 1982, they supported bands such as Subhumans Flux Of Pink Indians and Cult Maniax as well as hiring out local halls etc for gigs. They recorded a few Demos but only released the Ready To Rot Ep. Shaun Burt left the band and joined the army, he was replaced on vocals by Jem Hammick (R.I.P.) and before that Rich Sime was replaced on bass by Paul Pomeroy. In either 1984 or '85 after Jem left the band they added a Female Sax player called Laura and changed the band name to Spiketeam, guitarist Grant Taylor took over on vocals. they recorded a Demo as Spiketeam too.
Sites:
Facebook, Facebook
Members:
Grant Taylor (7), Jamie Abethell, Richard Sime, Shaun Burt