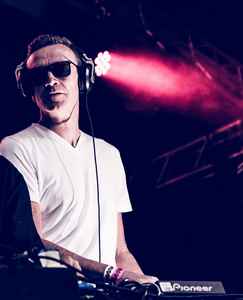 Real Name:
Paul Newman
Profile:
Paul Newman started his DJing career playing in the Turnmills club thanks to his father John Newman, who bought it in 1985. He quickly demonstrated his natural skills on the decks in the "after" sessions at the club. Since then, he has held residence at The Zap, London's Gardening Club and legendary club Trade. He has played sets at clubs worldwide including the USA, Canada, Australia, Brazil & Ibiza.

In the studio, Paul created his very first release "Love Rush" in 1992 under the alias Decktition. Recording in the studio of Hooj Choons founder Red Jerry, he later released "Rok Da House" in 1994 and it went on to reach number 12 in the UK Singles Chart after being re-released by VC Recordings in 1997. He had even greater chart success under the alias Camisra with the Sandy B / Deep Dish-inspired "Let Me Show You" reaching number 5 in the UK. He also has an extensive remix history with productions for several high profile artists including Duran Duran, Nalin & Kane, Bizarre Inc, Dina Carroll and Blondie.

He eventually started his own label Duty Free Recordings with Steffan Chandler and his brother Daniel Newman, which he used to release his own tracks as well as productions by other artists including Robbie Rivera, DJ Lottie and Dave Aude.