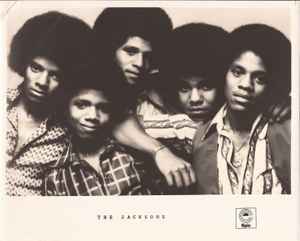 Profile:
The Jacksons were a group made-up of five brothers from Gary, Indiana, USA –Michael, Jackie, Tito, Marlon, Randy (with Jermaine instead of Randy pre-1976)– under the leadership of their father Joseph Jackson.