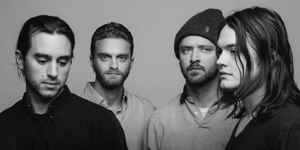 Profile:
Liturgy is an American "transcendental black metal" band from Brooklyn, New York, founded in 2008. Originally the solo project of Hunter Hunt-Hendrix, Liturgy expanded to a four-piece group after the release of a debut 12-inch Immortal Life. Following their first full-length album, Renihilation, on 20 Buck Spin, the group signed a contract with Thrill Jockey and released their second album, Aesthethica, in May 2011 (featured in the Spin Magazine's "50 Best Albums of 2011" list). Greg Fox and Tyler Dusenbury left the band around 2012, so Hunt-Hendrix and Gann proceeded as a duo for a while, until all members reunited to record the third studio album The Ark Work.