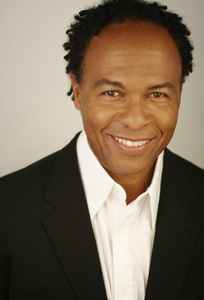 Real Name:
Ray Erskine Parker Jr.
Profile:
Singer, songwriter, musician, producer and actor born on 1 May 1954 in Detroit, Michigan (USA)..Graduate of Northwestern High School in 1972. In the mid-1970's, he was involved in Love Unlimited Orchestra with Barry White. He formed the group Raydio in 1977. When Raydio broke up in 1981. Parker continued with his solo career, scoring six Top 40 hits, including the hit single "The Other Woman" (Pop #4) in 1982 and "Ghostbusters" in 1984.Parker was one of the first black artists to venture into the then-fledgling world of music videos. Parker's "Ghostbusters" video, helmed by the film's director, Ivan Reitman, was one of the first movie-themed videos to find success on MTV. Parker also wrote and produced hits for New Edition ("Mr. Telephone Man"), Randy Hall, Cheryl Lynn ("Shake It Up Tonight"), Deniece Williams ("I Found Love"), and Diana Ross. On June 25, 2019, The New York Times Magazine listed Ray Parker Jr. among hundreds of artists whose material was reportedly destroyed in the 2008 Universal fire

February 17, 2011
I can't believe this album is not available on CD. My vinyl copy has been played to death!

September 16, 2010
There is no beating mr. Ray!! Himself and his band Raydio, definitely defined the funk of the early '80's.This is serious music.