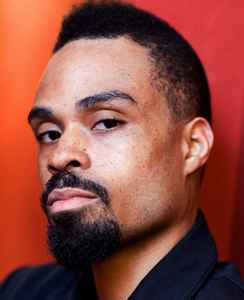 He grew up in a religiously mixed household, his mother being a devout Christian and his father, a Muslim. He regularly attended church with his mother in a small church that consisted of mostly family members. It was there that Bilal grew an interest in music and singing. His interest in jazz music was fostered by his father, who took him to the city’s clubs. Singing eventually became more than an interest. After attending high school at the Philadelphia High School for Creative Performing Arts, Bilal moved to New York City and studied at the New School for Jazz and Contemporary Music. He studied jazz, and his love for music caused him to use a voice as an instrument.

At the New School, Bilal met Robert Glasper. They soon became best friends, working together on the singer's demo. Eventually, he was "discovered" by Aaron Comess from the Spin Doctors during an after-school jam session. It was with him that Bilal recorded his demo that landed him a record deal with Interscope.

The resulting material landed Bilal a deal with Interscope in his sophomore year, whereupon he promptly dropped out of school; the demo tracks make up a portion of 1st Born Second, his 2001 debut. Glasper's association with Bilal would lead to work with Q-Tip and Mos Def, and the very real possibility of a career in hip-hop.

In 2001, Bilal released his debut album 1st Born Second, which featured contributions from the Soulquarians as well as high profile producers such as Dr. Dre and J Dilla. The album showcased a wide variety, from the emotionally charged fan-favorite Soul Sista, which peaked at #18 on the Top R&B/Hip-Hop Songs charts, to the political viewpoints of Fast Lane and Second Child. Bilal managed to gain a sizable following and high attendance at his live shows, as well as much acclaim and respect from his peers, many whom noted his range and ability to sing in a freeform style, and his classically trained falsetto. The soulful feel of the album caused Bilal to be labeled as "neo-soul." Bilal stresses that this term does not fit, and throughout his career, his expansion in music and pushing of boundaries proved his point.

In the following years Bilal continued to appear on projects by other artists of both high profile and avant garde, while recording and developing his follow-up set to be released on Interscope Records and featuring contributions primarily from producers Dr. Dre and J Dilla (as heard by Dilla himself). These plans proved to be changeable and the final result, Love for Sale, was an album that appeared to be built around Bilal's own musicianship. A forever evolving artist, Bilal switched it up on Love For Sale, which includes live instrumentation and a vibe completely new and different from its predecessor. However, his anticipation was shot down after receiving disapproval from Interscope. Unwilling to start from scratch, Bilal continued to push his LP. However, near the album's completion, the album was leaked in its entirety on the Internet. Interscope shelved the album indefinitely, hinting that it saw little commercial potential in it. The event sent Bilal into a period of distress,and was considering quitting music. However, many fans and music critics expressed their love for his shelved album online, and Bilal began to perform at many shows, practically touring for his unreleased Love For Sale. This gave him the encouragement to go on and record new music.

After nine years without a properly released album, Bilal made a comeback on September 14, 2010 with Airtight's Revenge, a sophomore LP released under independent record label Plug Research. Bilal describes the album as a retrospective album: an album that explores his experiences and things that he's learned since his last release. An experimental album, Airtight's Revenge blends jazz, hip-hop, electronic, rock, soul, and blues into one raw, genuine collection of music.The successor of a soulful love album, the lyrics of Airtight's Revenge focus on a wide range of topics, including love, spirituality, religion, the economy, politics, capitalism, and much more. The album received immense, positive feedback from fans and praise from numerous music critics. In 2011, Bilal received a Grammy nomination for the song Little One, a track dedicated to his eldest son, who has Autism. Bilal dedicated his Summer tour to his son, naming it the Little Ones Tour and raising money for autism awareness.
Sites:
Facebook, Twitter, MySpace, songkick.com, plugresearch.com, Wikipedia, SoundCloud, YouTube, YouTube, vimeo.com, dailymotion.com
Aliases:
Bilal Oliver
In Groups:
The Soulquarians
Variations:
Viewing All | Bilal
B. Oliver, B.Oliver, Bilal Oliver, Bilal S. Oliver, Biral