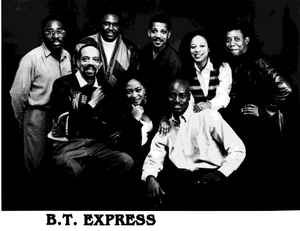 Formed by Jeff Lane, they hailed from Brooklyn, New York. In 1972 they were known as The King Davis House Rockers, then changing their name to Madison Street Express, and the Brothers Trucking, before settling on B.T. Express. B.T. stands for Brooklyn Transit.