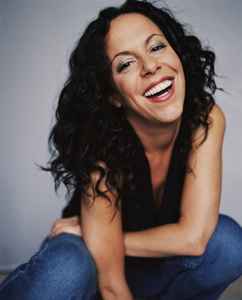 Real Name:
Isabel Gilberto de Oliveira
Profile:
Daughter of João Gilberto and Miucha, Bebel was born in New York, where her parents were living at the time. She started singing at an early age, doing backing vocals on albums for children. After a few attempts as a solo artist in Brazil in the 80s, she wrote songs with Cazuza and other pop/rockers, managing to put out an EP through Warner (which featured the hits "Mais Feliz" and "Eu Preciso Dizer Que Te Amo"). Bebel moved to New York in 1991. Alternating between the US and UK, she has worked with David Byrne, Arto Lindsay and DJ Towa Tei (former Deee-Lite member), always trying to blend bossa nova into fresh musical concepts. Her first solo album, "Tanto Tempo", was released in 2000 on Ziriguiboom. It was produced by Yugoslavian born Brazilian Suba, who died shortly before the release of the CD.