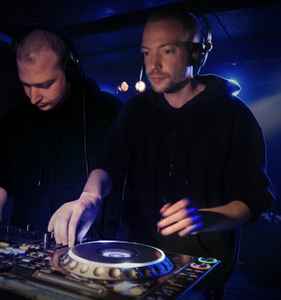 Real Name:
Dennis Cardella, Casper Cardella
Profile:
Sound Abuse is the hardcore alias of Dennis & Casper Cardella. The main focus of this project has always been hardcore in its darkest form.

In 2003 the first three official Sound Abuse tracks where released on the Darkcore CD ‘Hellraiser – Protect your soul’. This launched their career and was the first of many other compilations like Masters of Hardcore, Thunderdome, and Project Hardcore. In 2010 the first Sound Abuse EP ‘Serious Issues’ was released on DNA Records.

But it was time for something new so they joined the infamous Dark Descent crew. This meant they could experiment more and develop a more diverse style. From slow rotten doomcore to industrial techno and uptempo hardcore.... ‘Inner strength’ and ‘A Decade’ are Sound Abuse releases not to be missed. In this period they also did remixes for Dark Like Hell, Zanthrax, Negative A and ofcourse the oldschool classic Human Resource – Dominator.