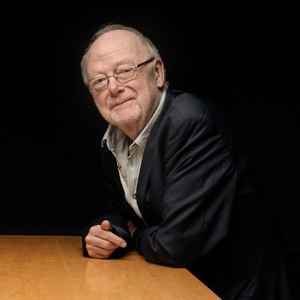 Profile:
Dutch composer of stage, orchestral, chamber, choral, vocal, piano, and electroacoustic works
Born: 6th June 1939 Utrecht, Netherlands
Died: 1st July 2021 in Weesp, Netherlands
Born into a predominant Dutch family of composers that included his father Hendrik Andriessen (1892-1981), uncle Willem Andriessen (1887-1964), elder brother Jurriaan Andriessen (1925-1996) and sister Caecilia Andriessen. Husband of violinist Monica Germino. In 1953, he studied composition with his father and from 1957-62, he had studies with Kees van Baaren at the Royal Conservatory in Den Haag. Upon completing his studies in Den Haag, he won the conservatory's prize for composition, and proceeded to Milan and later to Berlin to study with Luciano Berio from 1962-64. Louis Andriessen is the recipient of numerous awards, including the Selected Work at the UNESCO International Rostrum of Composers in Paris (1977) and the Matthijs Vermeulen Prize twice (1977, 1992). He has founded two new music ensembles in 1972, the wind ensemble Orkest de Volharding (which still performs today), and in 1976, the amplified ensemble Hoketus (which disbanded in 1987). His book (written with Elmer Schönberger) is Het Apollinisch Uurwerk (The Apollonian Clockwork, translated by Jeff Hamburg), a study of Igor Stravinsky (1982). In 1974, he began teaching instrumentation at the Royal Conservatory in Den Haag (where he was appointed as a composition teacher in 1978); in 1987, he lectured at Yale University. Louis Andriessen is esteemed not only for his compositions, which number beyond 130, but also for his teaching (his pupils include Steve Martland and quite literally all major Dutch composers since himself). His works are regularly performed across the globe by some of the world's best ensembles and soloists. He did three very successful collaborations with the British filmmaker Peter Greenaway (M is for Man, Music, Mozart, 1991, Rosa, 1993-94 and Writing to Vermeer, 1997-99) and one with the American filmmaker Hal Hartley (The New Math[s], 2000). One of his last large-scale work, La Passione, written for Oliver Knussen and the London Sinfonietta, was premiered in October 2002, during a two-week celebration of his oeuvre at the South Bank Centre in London.
Sites:
Wikipedia, Wikipedia, bach-cantatas.com, boosey.com, imdb.com
In Groups:
Hoketus, Orkest De Volharding
Variations:
Viewing All | Louis Andriessen
Andriessen, L. Andriessen, Андриессен