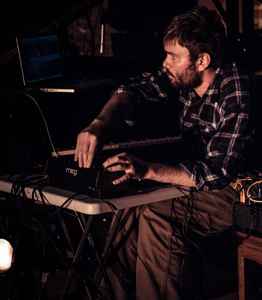 Real Name:
Daniel McKemie né Daniel Steffey
Profile:
Daniel McKemie (né Steffey) is a composer, percussionist, and multimedia artist based in New York City. His music focuses on the boundaries of musical systems, both electronic and acoustic, that are on the verge of collapse. The power in the brittleness of these boundaries, often dictates more than the composer or performers can control, which is very welcomed. Daniel's most recent work came with a collaboration with the Funsch Dance Experience, with music co-composed with Ryan Ross Smith; and a commission from the New York Deaf Theatre for sound design and music for their production of TITUS, based on the Shakespeare tragedy, which has been nominated for two NY Innovative Theatre Awards for Best Original Music and Best Sound Design.

Since 2015, Daniel has worked with Roscoe Mitchell on a process of transcribing and orchestrating Mitchell's improvisations from the Wide Hive Records releases, Conversations I and II, which was originally premiered at the Tectonics (Reykjavik) Festival with the Iceland Symphony Orchestra, under the baton of Ilan Volkov. These works have been, and continue to be transcribed and arranged for other chamber groups, throughout North America and Europe. Resulting recordings of this work can be be heard on Wide Hive Records ("Discussions"), and Nessa Records ("Ride the Wind"). Daniel is a co-founder and current member of Ctrl-Z, a group that specializes in the performance
of scored music for live electronics. Since its inception, the group has commissioned a number of composers, as well as performed classic works, that are adapted for a variety of electronic instruments, synthesizers, hand-made circuitry, and computer. The group looks to release a number of recordings and perform extensively in 2017,which includes a newly unearthed piece by Lou Harrison for percussion and tape.

In 2014, Daniel was awarded the opportunity to be an artist-in-residence at WGXC Wave Farm in Acra, NY where he completed his concert length radio opera Pneuma; and now co-produces a monthly radio hour called The Cutty Strange, which now also doubles as the name of a newly formed record and media label formed by a collective of like minded musicians. His album of electronic works, Chloros was released on Edgetone Records in 2009, and Foxy Digitalis went on to say, "It is as abrasive as it is meditative, and bold as it is voyeuristic. He has surprisingly found new meanings within noise." His music can be found on Cutty Strange Records, Edgetone, Self-Help Tapes, and Turmeric Magnitudes; with any and all other 'releases' available for free online.
Sites:
danielmckemie.com, Bandcamp
Aliases:
Daniel McKemie
In Groups:
Ctrl-Z (4), Slow Motion Cowboys, The Heroic Quartet
Variations:
Viewing All | Daniel Steffey
Steffey