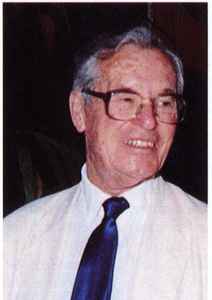 The Romanian-born Italian composer, pianist and musicologist, Roman Vlad, was awarded a diploma in the pianoforte from the Conservatory his native city. In 1938 he moved to Rome, acquiring Italian citizenship in 1951. He attended Rome University and was awarded a diploma in 1942, studying under Alfredo Casella at the National Academy of Santa Cecilia. His symphony won the ENESCU prize in 1942.
After the World War II, Roman Vlad, while continuing his work as a concert pianist and composer, became known as a writer and speaker in Italy, as well as Germany, France the USA and elsewhere. From 1954 to 1955 he taught at he Summer School of Music at Dartington Hall.
Artistic Director of the Academia Filarmonica Romana from 1955 to 1958 and from 1966 to 1969, Roman Vlad was also co-director of the musical section of the Enciclopedia dello Spettacolo (1958-1962). He has also been President of the Italian Society of Contemporary Music (1960), consultant and contributor to the Third Programme of RAI, Artistic Director of the Maggio Musicale in 1964 and of the Teatro Comunale of Florence (1968-1972). He has been President of the Società Aquilana dei Concerti (from 1973 to 1992) and Superintendent of the Teatro dell'Opera of Rome. Since 1967 he has been co-director of the Nuova Rivista Musicale Italiana, and from 1973 to 1989 was Artistic Director of the RAI Radio-Televisione Italiana Symphony Orchestra of Turin. From 1980 to 1982 and from 1990 to 1994, he was President of the C.I.S.A.C. (Confédération Internationale des Auteurs et Compositeurs).
Roman Vlad is currently Artistic Director of La Scala, Milan. He is currently also a member of the administrative council of C.I.S.A.C and of the management committee of National Academy of Santa Cecilia and Artistic Consultant to the Ravenna Festival, the Festival Settembre Musica and the Festival Musicale of Ravello. In 1994 he was nominated President of the Academia Filarmonica Romana. Roman Vlad is the author of symphony, chamber and theatrical works, including Cinque elegie su testi biblici (1990), Melodia variata (1990) and the recent Stagioni giapponesi, 24 Haiku (1993-1994). He has composed music for the stage and film, including La beautè du diable by Renè Clair. He has contributed to many publications in Italy and elsewhere and has worked with many theatres and with RAI.
In 1950 Roman Vlad was awarded the Nastro d'Argento for his film scores. In 1974 he received an honorary doctorate in music from the National University of Ireland. In 1991 he was elected member of the Koninlijke Academie voor Wetenschappen, Letteren en SchoneKunsten of Belgium. He is Commandeur des Art et des Lettres of the Académie des Arts et des Lettres of France. From 1987 until the summer of 1993, he was President of S.I.A.E. (Società Italiana degli Autore ed Editori), and was subsequently nominated Commissario Straordinario, from 1994 until January 1996.
Sites:
Wikipedia
Variations:
Viewing All | Roman Vlad
R. Vlad, Román Vlad, Vlad, Vlad Roman, Р. Влад, Роман Влад