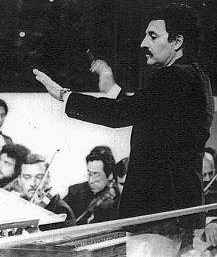 Real Name:
Yeshayahu Paikov
Profile:
Shaike Paikov (born July 5th, 1937, Tel Aviv) is an Israeli composer/songwriter and orchestra conductor from from Kibbutz Ashdot Yaakov in the Jordan Valley. After military service in 1958, Paikov went to Oranim Academic College, a teacher training school in Kiryat Tiv’on near Haifa and also studied modern music privately with composer Abel Ehrlich. In 1961 Paikov became a qualified elementary teacher and music teacher. He taught music at schools all over the north of Israel until 1975 when he devoted himself fully to composing. He has more than 700 songs to his credit.