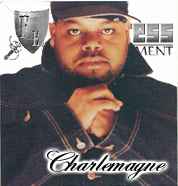 Born on the Caribbean island of St. Lucia and relocating to the Bronx when he was a youngster, Charlemagne has gone on to become one of hip hop's most respected producers. Charlemagne, along with younger brother Randy, cemented his reputation in hip hop's underground by helping to create Fortress Records in 1993 which introduced acts like Natural Elements.

April 16, 2020
get out of here with the note above let them learn something
See 1 reply