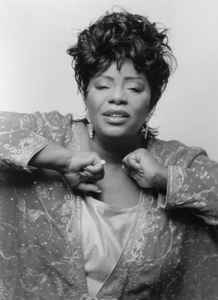 Loleatta Holloway was the best diva (by some of her songs being sampled to songs of house music producers) just like Jocelyn Brown. And she was also great by singing the song "Good vibrations" with Marky Mark & The Funky Bunch live for the first time at the show "Top of the Pops" in 1991.

August 15, 2011
I wish I could have seen you perform
Reply Notify me 4 Helpful