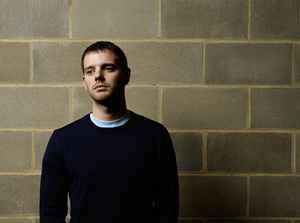 Real Name:
Michael Geoffrey Skinner
Profile:
Mike Skinner born 27 November 1978 was brought up in Birmingham and now lives in Brixton.
He started messing around with keyboards at the age of 5.
He took several jobs in fast food restaurants to finance a failed attempt to launch his own record label.
As a teenager he built a recording studio in a cupboard in his bedroom.
At 19 he went to Australia for a year, taking his sampler along for company.
The first two Streets albums were nominated for the Mercury Music Prize: Original Pirate Material in 2002 and A Grand Don't Come For Free in 2004.
"Fit But You Know It" was a Top 5 hit in the summer of 2004.
Mike Skinner has performed live at Reading Festival in the dance tent as well as on the main stage.
Sites:
thestreets.co.uk, mikeskinner-ltd.co.uk, Facebook, MySpace, songkick.com, SoundCloud, SoundCloud, Wikipedia, YouTube
Aliases:
Grafiti, Mike Skinner, The Beats
Variations:
Viewing All | The Streets
Streets

thanks England for this great artist.great lyrics and suprising songs. i like the style from strange use of the music on his releases.
his talking about life are inspiring for me.they so refresching. maybe i'm a bit strange .....o yes i'm mr. strange !
for all they want a bit englisch humour and how life is about.......you know wat to do !

March 21, 2014
I have come across a CDR of "A grand don't come for free". It has a track listing on the front cover and "sample product - not for sale" stamped on it. The actual CDR is a TDK "Certified Plus" cd. It has "The Streets" written on it with a black marker. I would think this was a fake except for the fact that it has the "Sample product - not for sale" on the front. Can anybody verify?

A unique take on rap, ska and other forms of black music? The logical result of multi-cultural Britain? Or a lucky young man spouting bad poetry who struck a chord with the Radio 1 playlist selectors? Well, its not for me to say but whether you like or dislike Mr. Skinner you cant deny that he sounds like nothing else out there and any artists that can have their own instantly recognisable sound is to be commended.

June 8, 2002
A lot of people dismiss him because of the way he emcees, but they should look beyond that. At least he isn't just another British imitation of the American style. And if you listen to what he's rhyming about, you'll probably find that you'll probably be agreeing with most of what he says. A truly taleneted individual with a great sense of humour. Tracks like "Too Much Brandy" and "The Irony Of It All" show Eminem for the unfunny crap-peddler that he has become, and "Weak Become Heroes" will strike a chord with anyone remotley involved with the M25 days. "It's Too Late" is simply beautiful. Not for everyone, but at least give it a chance.