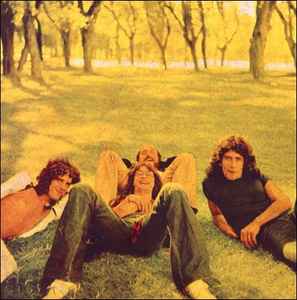 Profile:
Pescado Rabioso ("Rabid Fish") is an Argentine rock band formed by Luis Alberto Spinetta after Almendra's break up, looking for heavier sounds. He paired up with Bocón Frascino and Black Amaya on 1971. In 1972 they released Desatormentándonos, with Carlos Cutaia joining the group during the recording of said album.
Bocón Frascino left the band and was replaced with David Lebon, who left Color Humano to join the group.
On 1973 they released Pescado 2, a double LP with a 52 pages booklet.
Lebón, Amaya and Cutaia left the group due to creative differences with Spinetta. Who latter that year would release Artaud, in honor to the french poet Antonino Artaud.
Though they lasted from 1971 to 1973 the group left a deep mark on the Argentinian rock scene, often cited as one of the foundational bands of Argentine rock.
Pescado Rabioso released three LPs and three singles. And one compilation years after their break-up
Sites:
Wikipedia, pescadorabioso.com.ar
Members:
Black Amaya, Bocón Frascino, Carlos Cutaia, David Lebon, Luis Alberto Spinetta