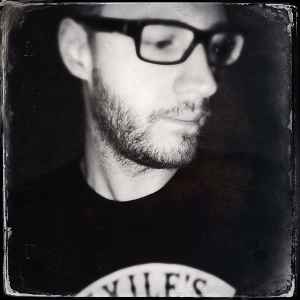 Real Name:
Iain James Kirk
Profile:
Iain James Kirk aka Jack! Who? is a multi-disciplined music industry professional. The DEAD CERT. and MÉTIER label head is a dedicated DJ, promotion guru, graphic designer and creator of deathtechno.com one of the world’s most respected techno resources.

With an expansive DJ career for over 15 years and well over 200 gigs, including running clubbing events like By Royal Appointment aka B.R.A. to national acclaim and multiple residencies having played alongside Paul Woolford, Rui Da Silva and Dillinja amongst others. His brand and love of serious and diverse techno has taken him to places such as Berlin, Ibiza, Scotland and beyond.

His own production collaborations have been played on BBC Radio 1 and featured on XLR8R, while tracks he has signed on his label DEAD CERT. have been soaked up by luminaries like Richie Hawtin, Charlotte de Witte, Rødhåd, Amelie Lens, Dave Clarke, Cari Lekebusch, and The Chemical Brothers in their coveted Essential Mix.

Taking a new venture into what he likes to call ‘soultechnica’ electronic music, his MÉTIER imprint caters for deep, dreamy, dub, techno, acid, electro and ambient vibes with abstract and experimental grooves that are reminiscent of legendary labels such as Warp and Sven Väth's Cocoon, complete with its unique collage artwork by local artist Grassi Art.