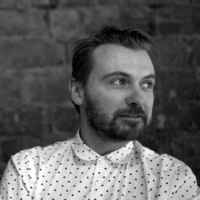 Real Name:
Daniel Ibbotson
Profile:
Balancing his affinity for new-school deep house beats with an early fixation for jazzy textures, indie-rock and Warp's bleep techno, Daniel Ibbotson is a producer-by-accident, a home-production aficionado who put together a demo tape during 1995 while studying at the Glasgow School of Arts for his photography degree. After sending it to the electro label Clear Records (whose buzzed-about résumé included incarnations of µ-Ziq, Black Dog and Global Communication), the label released some of the material as the Souped-Up EP in August 1996. More than enough material was left for an entire album, released in 1998 for the Clear spin-off Reel Discs. Ibbotson also remixed Friend & Doktor Kosmos, and appeared on the Compost collection Future Sound of Jazz, Vol. 3; he returned in 1999 with Frequency and Phase.
In Groups:
Skew And Wrap
Variations:
Viewing All | Daniel Ibbotson
Daniel Ibottson

Since the mid nineties Daniel Ibbotson has been producing quality downtempo and house music. His earlier material had a more laid back ambient feel to it but later, on releases such as Frequency And Phase, became more funky and upbeat. Daniel was finishing off a fourth album, which was due to be released on Fenetik Music, but ubfortunately the label is no longer in operation it seems. When I contacted someone from Fenetik Music I was informed that "there are no firm plans to release Daniel's LP" but "we will maybe release it on Pnuma , our other sister label". I for one will be keeping my fingers crossed that it eventually comes out.