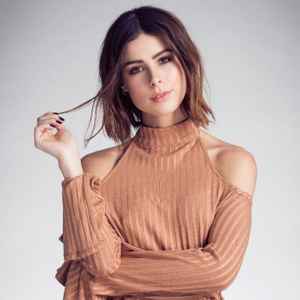 Real Name:
Lena Meyer-Landrut
Profile:
Lena Meyer-Landrut (born 23 May 1991), known professionally as Lena, is a German singer-songwriter. She represented Germany in the Eurovision Song Contest 2010 in Oslo, Norway, and won the contest with the song "Satellite". With her three entries from the German national final Unser Star für Oslo (Our Star for Oslo), Meyer-Landrut set an all-time chart record in her home country by debuting with three songs in the top five of the German singles chart. Both "Satellite" and her first album My Cassette Player debuted at number one in Germany, while the former has been certified double Platinum since, the album has been certified five times Gold for sales of over 500,000 units. Meyer-Landrut represented Germany, for the second consecutive time, in the Eurovision Song Contest at Düsseldorf in 2011 with the song "Taken by a Stranger".
Sites:
lena-meyer-landrut.de, Facebook, Twitter, Wikipedia
Variations:
Viewing All | Lena Meyer-Landrut
L. Meyer-Landrut, L. Meyer-Landruth, Lena, Lena Meyer Landrut, Lena MeyerLandrut, Meyer-Landrut