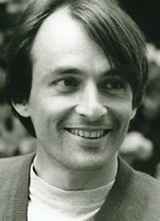 Real Name:
Philippe Mion
Profile:
Philippe Mion (Tournan-en-Brie, France, 1956) was a child chorister and classical guitarist; he left his scientific studies and opted for music in 1974, pursuing musical studies at the Conservatoire national supérieur de musique (CNSM) in Paris (Prix de composition, 1977), musicology at the Sorbonne, and everywhere else by using his ears… The discovery of electroacoustic music was a revelation for him and he found, in the musical direction developed by the Groupe de recherches musicale (Ina-GRM, Paris), favorable terrain for the flowering of his compositional aspirations. Briefly a member of this organization, then a permanent collaborator from 1978 to 1989, he would remain attached to a particular idea of musical research and an experimental attitude inherited from musique concrète. Besides composition, to which he has devoted himself since 1978, he has managed to develop activities involving the craft of the electroacoustic concert (director from 1980 to 1989 of the Cycle acousmatique concerts for Ina-GRM/Radio France), radio (producer for Radio-France form 1979 to 1982: Broadcasts Éveil à la musique with Guy Reibel and François Delalande), and pedagogy in two ways: the teaching of electroacoustic composition (from 1980 to 1989 at the ADAC/Ina-GRM workshops) and formative and inventive pedagogy, amongst others, as part of several teaching musicians formation centers (Centre de formation de musicien intervenant, CFMI) (Lyon, Lille, Poitiers) and as a lecturer for the CFMI at Orsay-Université Paris Sud. He was a resident at the French Academy in Rome (Italy) from 1989 to 1991. He has composed, for both concert presentation and ballet, acousmatic works (solo tape), mixed works (tape and voices or instruments), and works for instruments or live electronics ensembles.
Sites:
electrocd.com
Variations:
Viewing All | Philippe Mion
P.M., Ph. M.