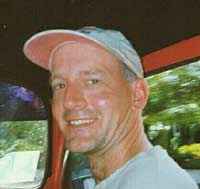 Profile:
Andrew Yencken (Sydney, Australia, 1963) is a composer, guitarist, and producer who has contributed work to radio, film, TV, dance and theatre productions in Australia, Europe, and South America. He has also worked in audio post-production for film. Since 1992 he has been a regular freelance contributor to “The Listening Room,” ABC Radio’s acoustic art program. He lives in Melbourne. His work for radio has been featured on networks in Europe and North America. He also received commissions from Studio Akustische Kunst (WDR Germany), Kunstradio (ORF Austria), and Hörspiel und Feature (NDR Berlin). His work has been described as “a hyperreal form of musique concrète, rhythmically fluid… rich in poetic and cinematic qualities.” Works such as Metamorphosis I (1993), Carousel Of Light (1996), Balanço (1996), Magnetic South (1998) and Moon Lagoon Light (1999) all share a preoccupation with movement through a succession of acoustic spaces, their inherent narratives under-going constant modulation and changes in perspective. Other works such as Kephisos (1998) made in collaboration with percussionist David Hewitt, extensively explore performance and recording strategies for acoustic instruments. Kephisos was made with the assistance of the New Media Arts Fund of the Australia Council. In 1999-2000 travelled extensively throughout Brazil which resulted in the ABC/NDR co-production Boats Of Paper (2000), a work made entirely of Portuguese and English vocal sounds. In 2001 he was based in Brasília and São Paulo, Brazil. His latest work Before The Rain (2002) features location recordings from the Brazilian interior, prepared piano, voice, modified acoustic guitars, and percussion.
Sites:
kunstradio.at