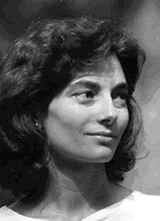 Profile:
Elizabeth Hoffman (Newark, NJ, USA, 1961) is an Assistant Professor in the Department of Music, Faculty of Arts and Science at New York University (NYU), where she founded and directs the Washington Square Computer Music Studio (WSCMS). Hoffman won a Bourges International Electroacoustic Music Competition Residence Prize in 1994 for her work Tesserae, and in 1995 had this composition released on the ORF “Prix Ars Electronica ’95” CD. She has received commissions from the International Computer Music Association (ICMA) for a premiere at the Berlin ICMC 2000, trombonist Abbie Conant, two Seattle Arts Commission Artist Awards, and a NJSO chamber commission. Her music was identified by the International Alliance of Women in Music in their Search for New Music competition (1996), and has been selected for programming by the Groupe de recherches musicales (Ina-GRM) for a retrospective electroacoustic concert in Paris (1996), Florida International Electroacoustic Music Festival (2000), Seamus (2002), ISCM (2002), and by the ICMA for presentation at two International Computer Music Conferences (Banff 1994 and Michigan 1998). Hoffman has worked as a guest composer at the Musik-Akademie in Basel (Switzerland).