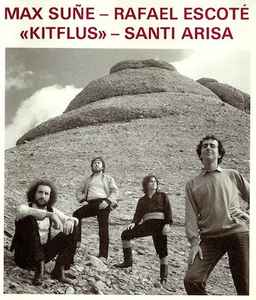 Profile:
Jazz fusion band founded in 1982 by Josep Mas "Kitflus" on keyboards, Max Sunyer on guitars, Rafael Escoté on bass, Santi Arisa on drums and somehow the continuation or natural evolution of Iceberg (2), started in the 70's by the two first mentioned.
They played at the Montreux Jazz Festival, at the New York Kool Jazz Festival, at the Miami International Film Festival and spanish Jazz Festivals in Madrid, Barcelona, San Sebastián, Bilbao etc...
Pegasus released nine records during their first activity period that lasts up to 1996-1997. In 2007, Radio Vilafranca invited the band to perform at a concert to celebrate the 25th anniversary of the broadcasting station. That concert was the starting point for the band to tour again and add a tenth recording to their discography: Pegasus (13) - Standby... ON!, released in 2014.