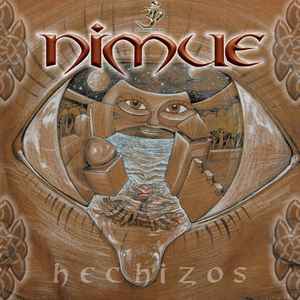 Real Name:
Valeria Iris Dose
Profile:
Valery (Valeria Iris Dose), is a distinguished Dj from Argentina, related to electronic music since 1994, and producer of electronic music since 2002.
Her favorite styles are Psychedelic Trance, Psy Progressive, Downtempo, Tech House, Chillout, Ambient, and Meditation.
In her beginnings, recently arrived from Italy to Argentina, was presented on stage by Terrestrial Anonymous, a group of Dj’s born from the union of the artists Piers Ciappara (England), Polper, Murray and Gerardo de Buenos Aires, pioneers of the Psychedelic Trance from Argentina, with whom she participated with her first vinyl records as Tip Records in various festivals such as the legendary “Ultimate Rave”, Parque Sarmiento, Buenos Aires, 1997 and 1998, organized by Urban Groove.
For the year 2000 she ventured into the world of techno, DJing with tech house vinyl and participated in innumerable events of the underground scene, sharing a booth with many renowned DJs and producers such as Juan Pryor, Symon, Luis Nieva, Gustavo Lopez, Magoo, Bad Boy Orange, Rayo Club, InDaMix, Carlos Shaw, Sector 7G, Leonel Castillo, Diego Roka, just to name a few, in the most prominent night clubs like El Dorado, K2, Oval, Cubic, La Cigale, Big One, La Morocha and more; all places that left without a doubt a footprint in the world of dance in Buenos Aires.
Later she became involved in Earthdance (Global Celebration for Peace) in Buenos Aires in 2000, organized by Eduardo Krumpholz, Bioma, http://www.bioma.com.ar/earthdance/core.htm

In 2001 she collaborated as a vocalist in the electronic project of Paulo Agostinelli, edited by Paulo himself and Tweety González, transiting different styles of electronic music, including Big Beat, Drum & Bass, Electroambient and Trip Hop.

In 2003, the song of its own authorship “Trance Tango” was edited in the compiled “TANGO?” Of EMI’s MUSICAS ALTERNATIVAS label, along with the distinguished musician Fernando Samalea, a CD that was promoted throughout Portugal and northern Europe.

In 2005, she created the group Ayun, an independent project that combined electronic rhythms with ethnic sounds and songs in native languages by Graciela Mendoza (ethnic folklorist from Buenos Aires). The album was titled “Impulso Místico” and its debut was at the “Earthdance” festival in Santiago, Chile.
The same year she also created a techno trance version of the track “Cielos Azules” by Herman Vinson, for the Argentine film “Un Buda”, directed by Diego Rafecas, with musical direction by the renowned artist Pedro Aznar.
Meanwhile, she was part of the events Dancing Buddhas Out Door, with Dj Moksha as the organizer, playing with national and international artists of the psychedelic trance scene in Buenos Aires.

In 2007, Valery released an album titled “Toda la Tierra”, an independent production of chillout and downtempo music, which includes a remix of the song “DanceHall” by the renowned singer “Princesa”.

In 2008, the artist appeared on stage as a producer with a new project, “Nimue”, releasing her first album “Hijas de Odin” (Daughters of Odin), a mix of ethnic sounds and Goa, promoted by Neurotrance Records, Dj Erofex (Bolivia) in 2009.

In 2009, Buddha Mantra Records (Portugal) released the album “Luz del Sur”, compiled by M4nos (Buenos Aires), with a selection of three of their songs: “Domo del agua”, “Cropcircle” and “Ciudades de Luz” , along with other great Argentine producers of the Psytrance scene.

In 2010, Hispanodelicius Records (Tierra del Fuego, Argentina) presented the compilation “Little Pieces of Infinity” by Dark Fox, including the track of Nimue “The Lady of the Lake”, in an album to travel in the calm and relaxing psychedelic waters with artists of creativity and indisputable talent like Erofex, NüTao and Majesty Valkyria.

“Healing Beats” healing sounds of America, was a compilation of 2010, with carefully selected tracks by Nütao under the Hispanodelicius Records label (Tierra del Fuego, Argentina), including the track “Nave Tipi” by Nimue. The album activates the pulse, the harmony, and the high energies so that in the track the healing ritual begins guided by artists from Chile, Brazil, Argentina, and Mexico.

In 2013, Goa Records presents Nimue’s album, “Hechizos” in digital version on the Psyshop and Beatport music portals.
Progressive Trance album at 140 bpm. It includes a fusion of different genres, conserving its main genre. It is a work full of nuances and melodies. Environments prepared for the dance floor and climates that try to transport the dancer to a world where dreams come true. It is full of musical surprises, ups, and downs with excellent bridges designed to achieve a good performance in all DJ mixes.

She is currently presenting the album “Crononauta” from her live project “Nimue”. The disc contains 7 tracks that range from chillout to downtempo style through progressive trance and ethnic atmospheres.
Will be released soon by Skypeople Music.
Sites:
Facebook