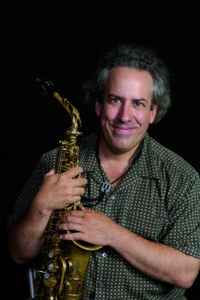 Real Name:
Jean Derome
Profile:
Multi-instrumentist from Montréal, one of the most active and eclectic musicians on the Canadian creative music scene.

Since Nébu (one of Quebec’s first avant-garde jazz groups) in the early ‘70s, Derome tooks part to the various artists’ collectives looking for new ways to express themselves freely, without esthetic or social constraints, including the Ensemble de Musique Improvisée de Montréal. Later, in the early ‘80s, he co-founded Ambiances Magnétiques.

Besides improvising on a regular basis with Ambiances Magnétiques’ members and appearing in their projects, Derome has also shared the stage with several musicians of international stature, among others Fred Frith, Lars Hollmer, Louis Sclavis and Han Bennink. He performs regularly all over Canada, in the US and in Europe.