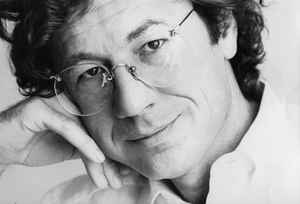 Kriegel taught himself guitar at the age of 15 and started his own trio when he was 18, winning awards at the 1963 German Amateur Jazz Festival. While studying at Frankfurt University he met Emil and Albert Mangelsdorff and continued to develop his jazz interests. When American expatriate vibes-player Dave Pike offered him a place in his new band, he decided to give up his studies to become a full-time musician. He stayed with the Dave Pike Set from 1968-73, until Dave Pike returned to the USA, at which point Kriegel and Eberhard Weber founded Spectrum.

When Weber left in 1976 Kriegel started the jazz-rock group, the Mild Maniac Orchestra. In the meantime, in 1975, he had been a co-founder of the United Jazz And Rock Ensemble. In 1977 he co-founded Mood Records. As well as his musical activities, he was a distinguished cartoonist (both for journals and record sleeves), animator and broadcaster.

April 11, 2019
Brilliant German guitarist who definitely deserved more air time on American radio. Given half a chance I am sure jazz fusion aficionados would have gladly enjoyed Volker's warm guitar sound and penchant for melodies and the proverbial funk hook. Comparisons would be Pat Metheny, John Scofield a touch of George Benson. His solo material had top rated musicians such as Charlie Mariano and Wolfgang Dauner to name a few. I highly recommend his side project Mild Maniac Orchestra as well.
Reply Notify me 1 Helpful