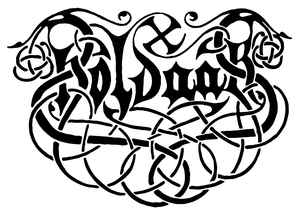 Profile:
Black / Pagan Metal Metal band “Holdaar” (“Thunderer”) is formed in April 2004 on the ruins of Fear Of Sanity band by Skilar Velesson and until 2007 exists as a one-man band. The main theme of the lyrics – World War II & Paganism.During 2004 – 2006 the four demos are recorded: “Repulsive By The Light”, “Opposition”, “The Sunset of Europe” and “Russia is coming!”. In 2007 the first full-length album
“Resistance” is released by independent label Armour Get Dawn Productions. The album is a compilation of the early works of the band. The second album “The Way to the Sun” is released in the
Internet only. The same year Dmitry from Koenigsberg band Nar Mattaru joins Holdaar -first as a guitarist, later as a vocalist. In the end of 2008 the third full-length album “Birth of the Hero” is
jointly released by Armour Get Dawn Productions and CyberboreaRecords. The next work of the band – a concept album “120th Year” (2009) is released in the beginning of 2010 by Moscow independent label Nymphaea Records. In June 2010 due to the difference in views vocalist and guitarist Dmitry quits the band in order to focus on his own project Kolohorth. Later in autumn 2010, Holdaar release a mini-album “Si Vis Pacem, Para Bellum”, consisting of previously unreleased material, recorded between 2006 – 2009. The album includes “Man Of Iron” song (Bathory cover), recorded for “Wolves Of Nordland”
tribute released by Nymphaea Records in the end of 2010. The same year Sandra (Thunderstorm, Autumn Tales, Kein Zuruck, Therion) joins the project. In June 2011 a new member, Alexey, joins the band. He performes vocals on the “Children of the Twilight of the Gods” album. The musical part of the album has been already finished by this time. In May 2012 Nymfaea Records release a tribute dedicated to Holdaar,
entitled “Confrontation”, with the participation of musicians from Russia, Belarus and Croatia. In December 2012 “The Sunset Of Europe” album is released by Italian label Frozen Darkness. The material of
the album was recorded in 2006 and earlier, but has not been released on CD before. The CD includes two videos – “King of the Forest” and “Koenigsberg” as a bonus.
In November 2013 Nymphaea Records releases an acoustic album by Holdaar titled “Where Is No Place To Slave.” In early 2014 Holdaar begins the collaboration with the independent label More Hate Prod
that releases a new full-length album – “Times are stretching into the sky.” In 2015 label Black Metal Cult Records (USA) has re-released three Holdaar albums — “Resistance”(re-recorded), “Birth of the Hero” and “Way To the Sun” with bonus EP’s (Fuckin Metal Thunder & Morituri Te Salutant). The eights full-length album “Aegishjalmur”, was realised at the end of 2015 by Morehate Prod. label.
In 2016, the band remains active and joins the “Terror Cult Division” and release another album with Black Metal Cult Records titled “Army Of Winter”. Later in 2016 label Barbatos Prod. (Russia) has released album “The Secrets of the Black Arts – A Tribute to Black Metal Scene”, which contains cover versions of world black metal classics. In the beginning of 2017 label More Hate Prod. (Russia) has released new full-length album “Your War”.
Members:
Alexey (10)