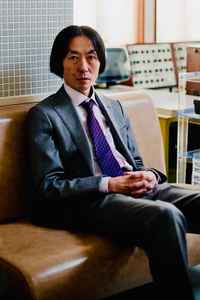 Takemura started his DJ career during high school, spinning in the clubs of Osaka, Kyoto, and Kobe. In 1987, he formed the DJ team "Cool Jazz Productions", and in 1988, joins "Audio Sports" the now legendary hip-hop unit headed by Eye Yamatsuka of the Boredoms.

Around 1993 Takemura first branched out as a solo artist under the moniker Child's View. The name highlighted one of the key themes in his music that is still prevalent today; trying to create melodies that musically capture a sense of wonder, a childlike innocence and curiosity.

He also has a huge catalog of collaborations with critically acclaimed artists from every corner of the world. From designer Issey Miyake, who had him create music for two seasons of designs, to company Sony who had him create all the sounds for their futuristic "Aibo" toy dog.

From artists Steve Reich to DJ Spooky, from Yo La Tengo to Tortoise, his wide range of collaborative partners reflect the wide range of his musical talents.

One of the two tracks is quite beautiful.
Reply Notify me Helpful

October 6, 2020
Anyone know what Nobukazu has been up to since 2015? Would love to hear more from him.
Reply  See 1 reply Notify me 2 Helpful