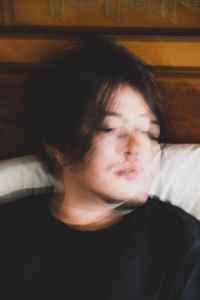 Real Name:
渋谷慶一郎
Profile:
A Japanese composer, musician, and artist. His work encompasses cutting-edge electronic music, piano solos, operas, film scores, and sound installations. Through his music compositions and collaboration with artists and scientists, he challenges the boundaries between humans and technology, and life and death. In 2002, he founded the music label ATAK, working across live performance and recorded music.

In 2012, Shibuya composed the vocaloid opera The End, starring Hatsune Miku. He composed this opera entirely with computer-generated audio and visuals. The performance, with costumes by Louis Vuitton and Marc Jacobs, premiered at the Théâtre du Châtelet in Paris and has since toured worldwide. In 2017, he created the new form of android opera, working with an AI-equipped humanoid robot whose programming allows it to sing to and conduct Shibuya’s original music. In 2018, Shibuya premiered his collaboration with the android in an opera titled Scary Beauty, in which the android sings while conducting an orchestra. This opera was staged in Japan, Germany, and the UAE. In 2021, he was commissioned to compose the opera Super Angels, which stars the android accompanied by human opera singers, ballet dancers, and a full orchestra at the New National Theatre, Tokyo. In March 2022, Shibuya composed and performed the android opera MIRROR, for Expo 2020 Dubai, working in collaboration with Buddhist monks and an orchestra.

Shibuya is also an award-winning composer of film scores. In 2020 and 2021, he was recognized at the 75th Mainichi Film Awards and received the 30th Japan Movie Critics Award for the film Midnight Swan. In April 2022, he composed a soundtrack for the film xxxHOLiC, directed by Mika Ninagawa.