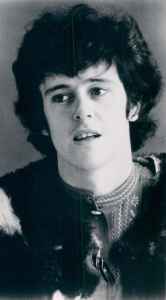 Was in a relationship with American model Enid Karl and they had two children: actor-musician Donovan Leitch in 1967 and actress Ione Skye in 1970. He married Linda Lawrence in October 1970. They have two children together, Astrella Celeste and Oriole. He is also the stepfather of Brian Jones' and Linda Lawrence's son, Julian Jones, also known as Julian Brian (Jones) Leitch.