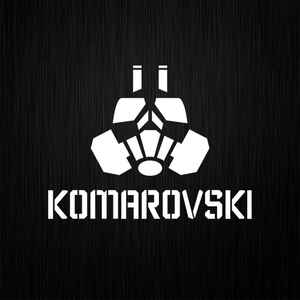 Real Name:
Олег Комаровський (Oleh Komarovskyi)
Profile:
Oleg Komarovskyi p/k/a Komarovski is one of the top hardcore musicians coming from eastern Europe. Born in Ukraine Kiev, his music career started in 2010 with releasing of his first track "Came From The Future" on the CD compilation "Hard Inside Volume 2".

2011 increased this powerful start of his musical activities. In this year he released first solo album "The Melody Whitin Me" on American label Hard Kryptic Records. From this album the track "I'm Dropping a Hit" was a part of the compilation "Hardcore Top 100 of 2011". Shortly after Oleg's biggest surprise of the year was soon to come. In the summer of 2011, Komarovski signed with the legendary Rotterdam Records (The Netherlands, Rotterdam) and released his album "I'll Never Change" in digital and vinyl format. Tracks from this release were licensed in many compilations like: "Hardcore Top 100 Best of 2011", "Lords Of Hardcore Chapter 11", and "Hardcore Hysteria". From this growing success he was featured on many charts like Hardtunes Top 10, Fear.FM Top 100, Fear.FM Top40 and his vinyl has taken the place of bestseller in one of the biggest shops of Netherlands "Mid-Town".

By 2013 year Oleg's career steadily move upward, he continuous to release music on a different labels, winning the remix contest "This Is Hardcore - Remix Contest" on track "Panic - Doing It All", with a constant frequency gets the top ratings of radio shows, digital shops, and his performances is collected only positive feedback!

Because of his success as an artist Komarovski was announced as the headliner of events from the very first performance. His mixes and live sets contain both his original work as well as top tracks from some of the biggest artists in hardcore.
Sites:
Facebook, YouTube, Twitter, komarovskimusic.com, SoundCloud, mixcloud.com
Aliases:
Alpha Scorpii, Creative Union, Oleg Komarovskyi
Variations:
Viewing All | Komarovski
Kamarosvki, Kamarovski, Oleg Komarovskiy, Oleg Komarovskyi